Amazing Spider-Man 2 Vs. The Audience

It’s amazing the things you see when dealing with a movie based off the comics these days, the audience surely has become cynical all around. Especially this year from Man of Steel, to Iron Man 3, casting for the films, to the shows and their casting as well. But all that set aside I want to talk about Amazing Spider-Man 2 vs the audience because personally I loved the first movie, loved the trailer and when I see the comments about it I question just why we have these kind of movies because of it.

And of course I should emphasize that this is from my observation for someone that may get butthurt over something I say.

The one thing I should repeat from an earlier statement I’ve made that people forget is that not every superhero movie is made for everyone. It all depends on the preference of the person watching which is why they are hard to compare or to like all. Just like any other film they are made for a specific audience and just being comic book films or connected to each other doesn’t mean that they are for everyone. What you like about one of them you will not like about the other or see it present in that film. That is not their problem, but just your expectations.

First off viewing this trailer, what I liked most about it is that they looked towards something more traditional in terms of heroics. Superheroes aren’t meant to be turned into the next drama or masterpiece the way they hold the Raimi trilogy and DK trilogy on a pedestal for. What I see in this trailer is something high-octane and to the damn point. If I want to see a good guy fighting a bad guy then let’s make it that way. Why should it matter how many villains there are? Or if the hero is outnumbered? How well the CGI is blended in? Trivial things that people question that really shouldn’t affect the view of such movies. I mean so because Spider-Man 3 failed with multiple villains, you’re skeptical about every movie doing the same? So we’ve never picked up a Spider-Man comic to see him fighting multiple villains at once? You’d have to be kidding me if you’d try to find reason for that or justify it simply as being a movie is different. Nothing is different, it’s just the audience which has become spoiled over the years who demand more from movies than they can really get. Wanting everything and the kitchen sink yet don’t care to remember just what it is that they’re watching.

All this bullshit about crying for characterization, something complex, deep, emotional just kinda grinds my gears. We don’t treat the cartoons that way, and yet when it’s live-action everything must be perfect. We don’t always get that in books, yet when its live-action that has to be the exception. The standards we hold for such things are ridiculous that you feel sorry for anyone that bothers to give the crowd the opportunity to see these heroes brought to life.”But Nolan did this, Nolan did that”, if you want Nolan then go stalk him by his bedside till he takes another superhero movie. Not everyone cares for realism, or should care that much. Wanting crap to make sense or logical when it should really just entertain. There ain’t nothing real that Peter does as Spider-Man or the about the villains he faces, I wouldn’t bother myself with trying to question something that comes from a fictional world.

With the exception of Rhino who we all know to have not much to him, Electro and Harry/Goblin both have clear motivations. You see that clearly and yet you can bet that the minute the actual film starts rolling all the audience will care about is connecting, liking or relating to the villains as if they are somehow now just as important as the hero. I mean some of you question why you can’t have many villains in one movie and it’s because somewhere in your mind you think that they all have to be fleshed out and “memorable” which wastes time when you know they are there to present a danger a put up a good fight.

Getting back to the trailer though and why I really am pumped for this movie is that it looks like something understands the concept of being a hero. Seeing that there isn’t ever just one villain in a comic world and showing that you don’t have to just move from one villain to the next. Spider-Man obviously has many villains and in the world he lives in you can’t ignore that because you want story and characterization. Not only are they working up to a Sinister Six as that easter egg had shown, but it proves that there is something they are working towards. In a world where he saves lives everyday, enemies will always emerge as of it and he’s the only one standing in their way of doing whatever they want.

Disagree or argue, but that is basically my stance and trust me that it would not change anytime soon. 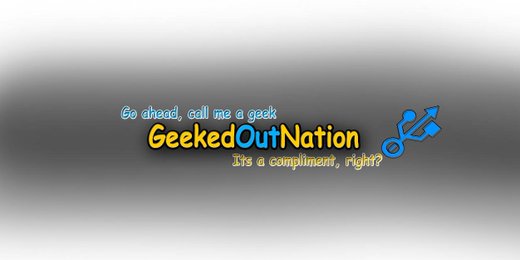